Bright yellow, orange, and red leaves: that’s what I woke up to this morning. I missed fall in New England! Everything here is so pretty right now, so cozy, and so busy. And everyone walks around in wool coats and leather jackets, with leather boots, and a cup of Dunkin Donuts coffee in his/her hand. The whole world even smells like cinnamon-pumpkin-apple!
Being home has been, basically, like I never left. Driving down the street, shopping at my mall, talking to people in town- none of it feels unnatural, or even unfamiliar. It’s as if I never left, as if I’ve been living here all along for the past three two months, and Miami life was just an elaborate dream. 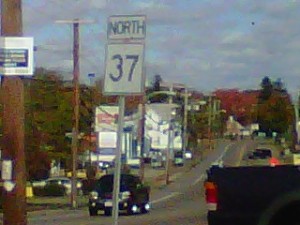 I went to the Braintree mall today; even now, when I walk into the Plaza, I feel like I’m walking in for another day of work. I haven’t had a shift in almost two years, but the feeling is still there. I know the Plaza like the back of my hand, even now, with the new wing open. Today, I spent more than I probably should have, but- to justify- I needed to buy new clothes for Paris next month. And lots of tea, while I still could.

From the mall, I drove five minutes to the Braintree T station to get my sister, who came home for the night from Providence to see me. Again, it was as if I had seen her yesterday. We drove home, ate homemade chicken soup, and later stood out in the frigid cold to watch our little brother play flag football at the old sports center on South Street. Did I mention it was FREEZING? (It’s not even because I just came from Miami- everyone talked about it.) Still, it was nice being out and about in Holbrook. Our town may be small and miserable, but the families who organize these youth sports leagues definitely deserve some credit for doing their best to bring some positive element to its 4 square miles. As much as I hate it, I belong to this community, more than I could ever “belong” anywhere in Miami. These people have known me forever, and they probably always will.

Hot apple cider and pumpkin spiced lattes added more color to the already perfect portrait of traditional Massachusetts fall painted before me since I had arrived. After the game, my sister and I picked up a couple of my friends from highschool, and together, we all went to visit our other friend at Bridgewater State University (twenty minutes away- not a huge deal)- we went to the most adorable coffee shop ever in the town center (The Better Bean)! It was perfect.

But of all the things that happened today, being able to be with my friends was, by far, the best. They are why I came, and why I will come back. Really, it’s just the people in general- friends, family community, the strangers at the mall in Uggs and Northfaces. There’s something about the Bostonian that captures the attention, makes you feel like you’re part of something.

I guess I am part of something, though. Crisp fall air, fresh macintosh apples, a thick wool scarf: that’s what I’m part of. It’s October on the South Shore, and it’s as if I never had left.