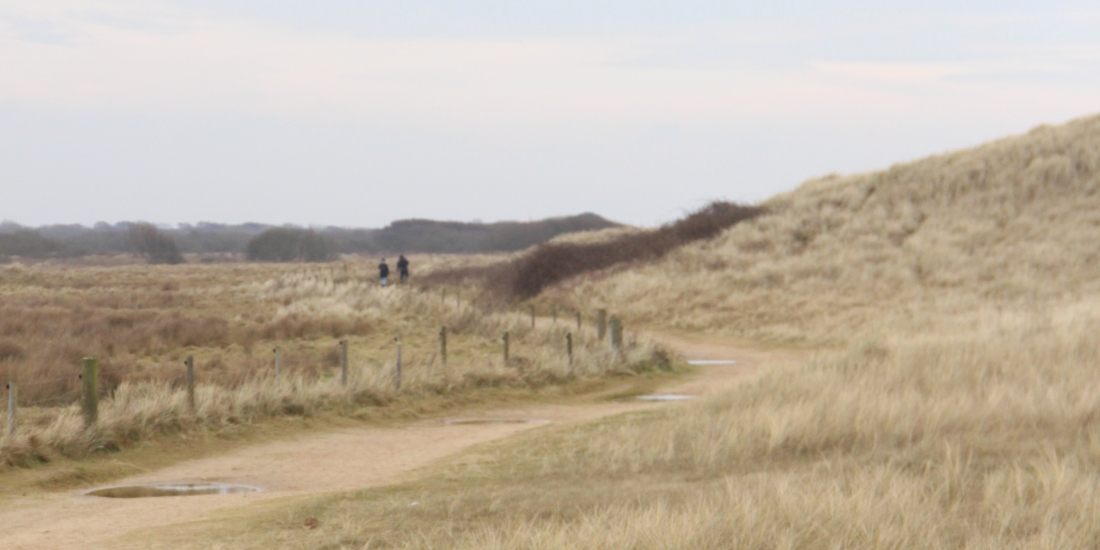 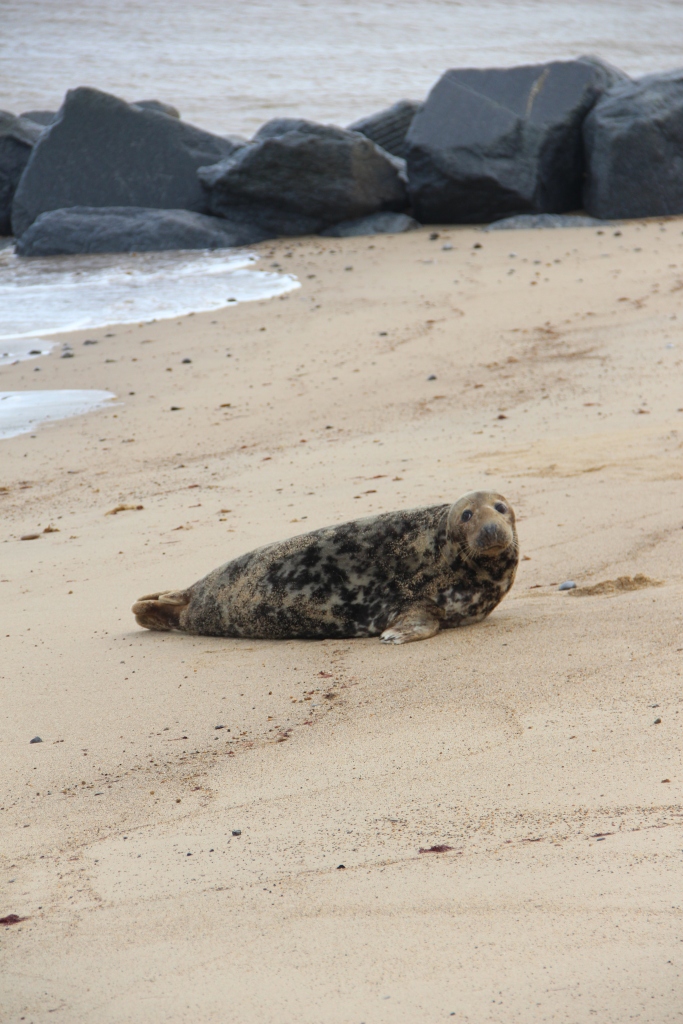 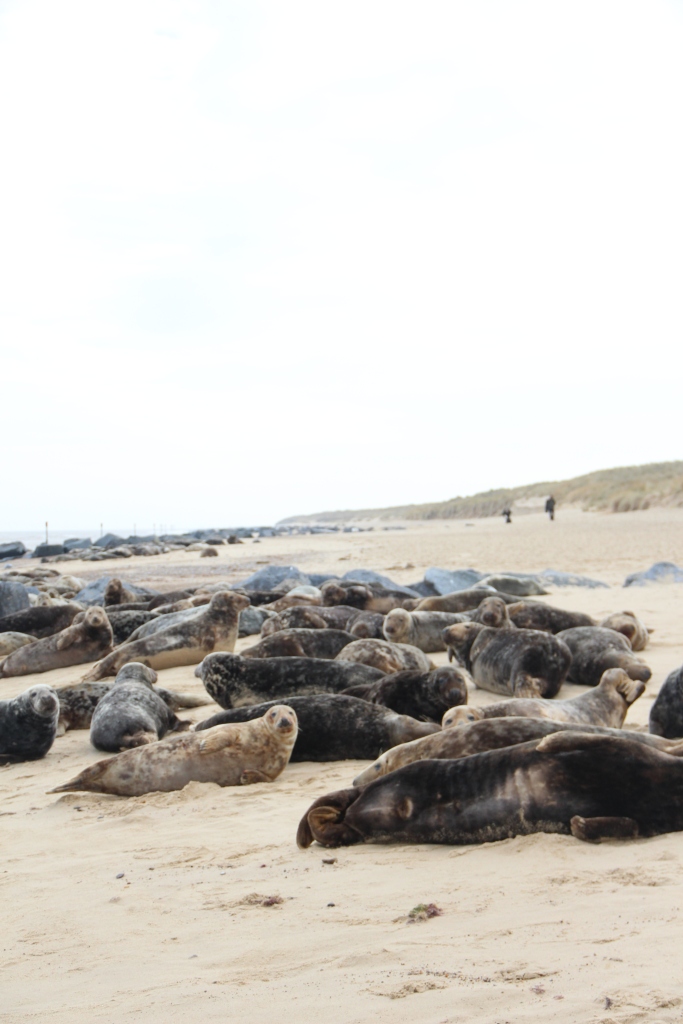 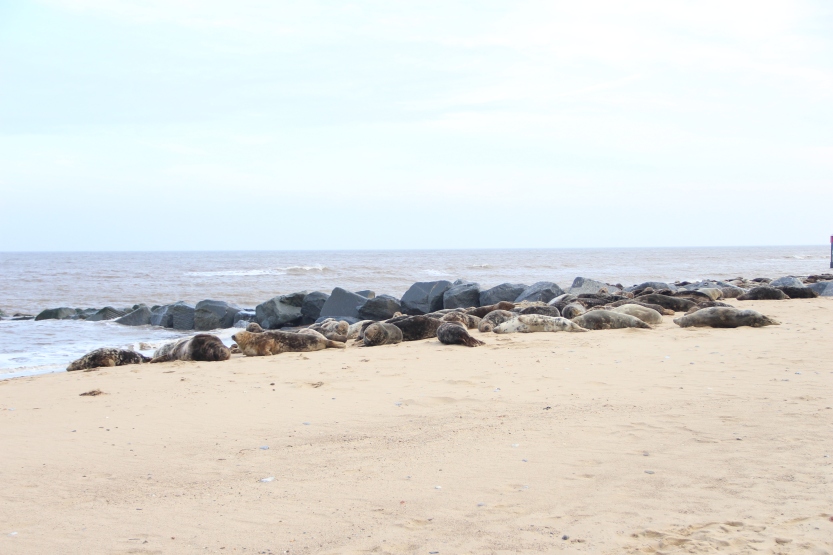 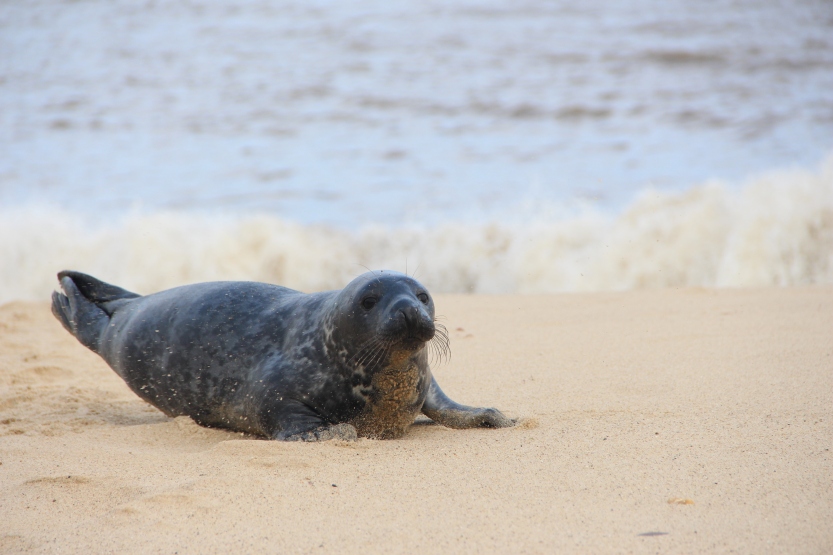 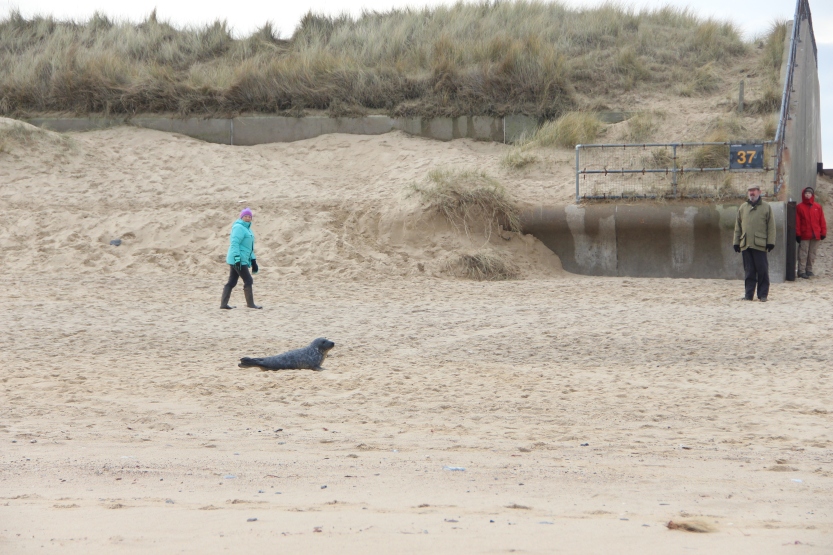 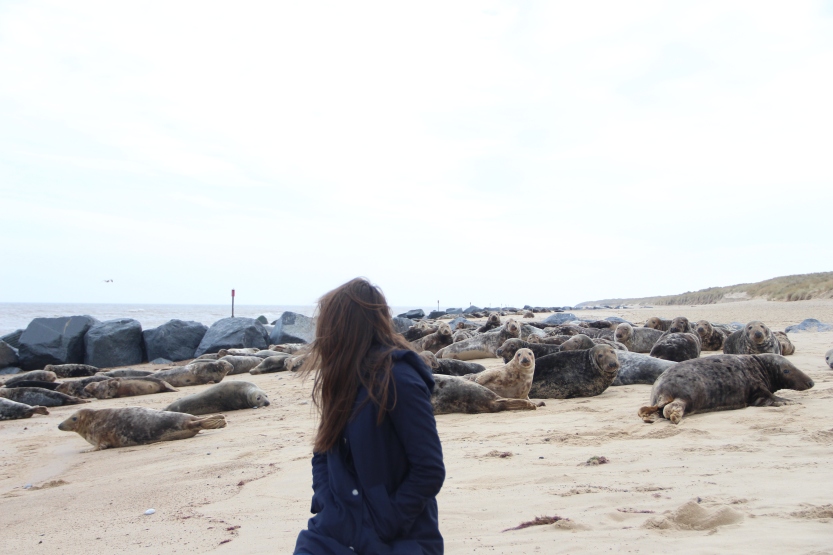 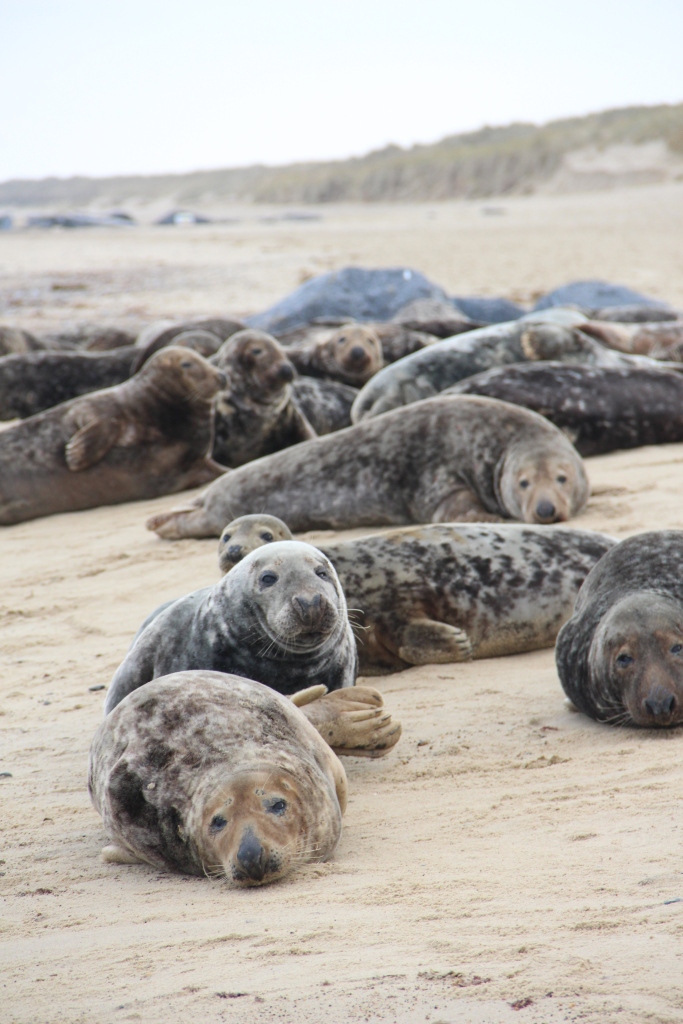 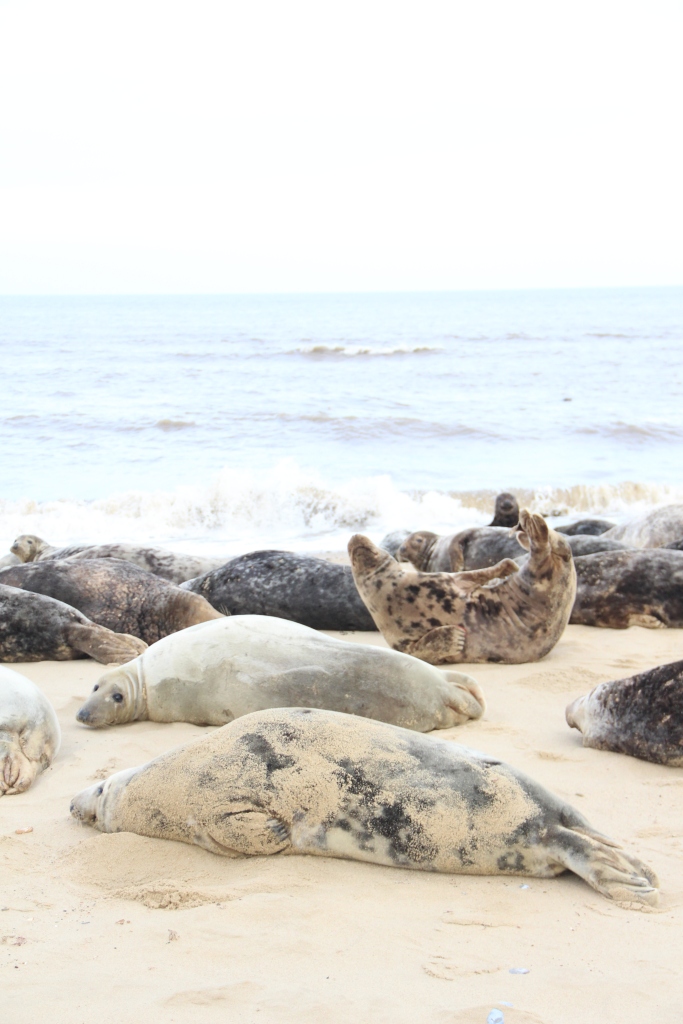 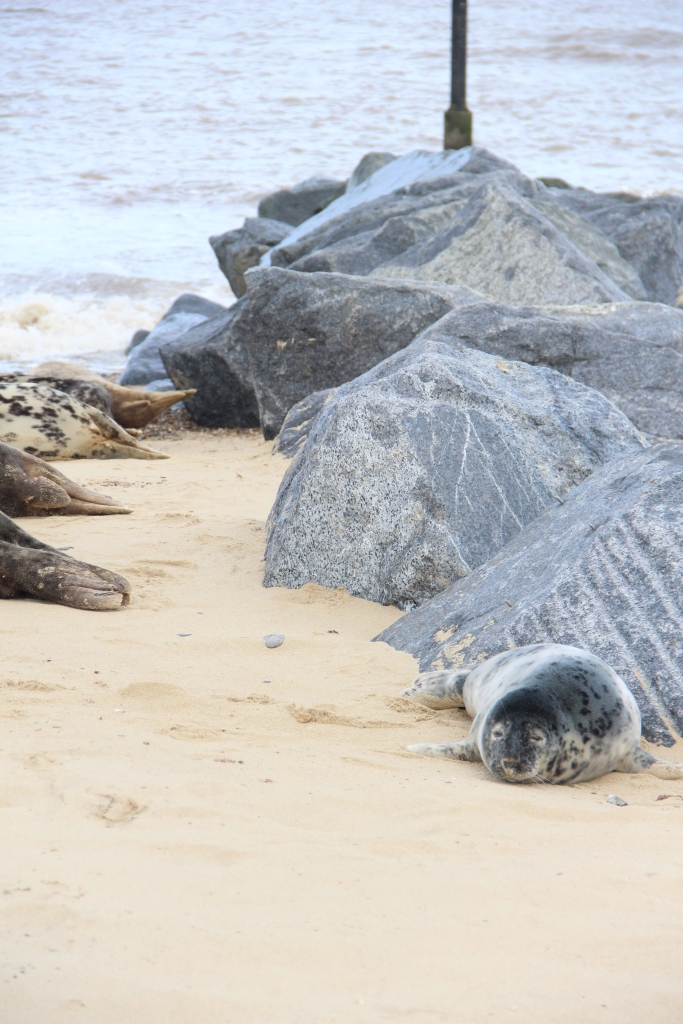 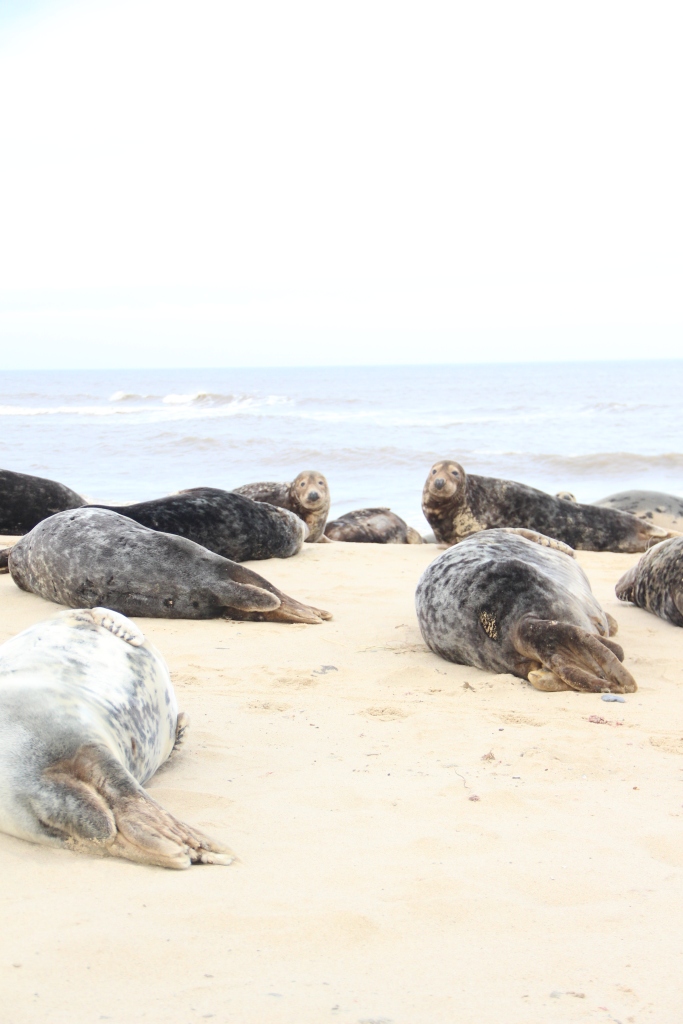 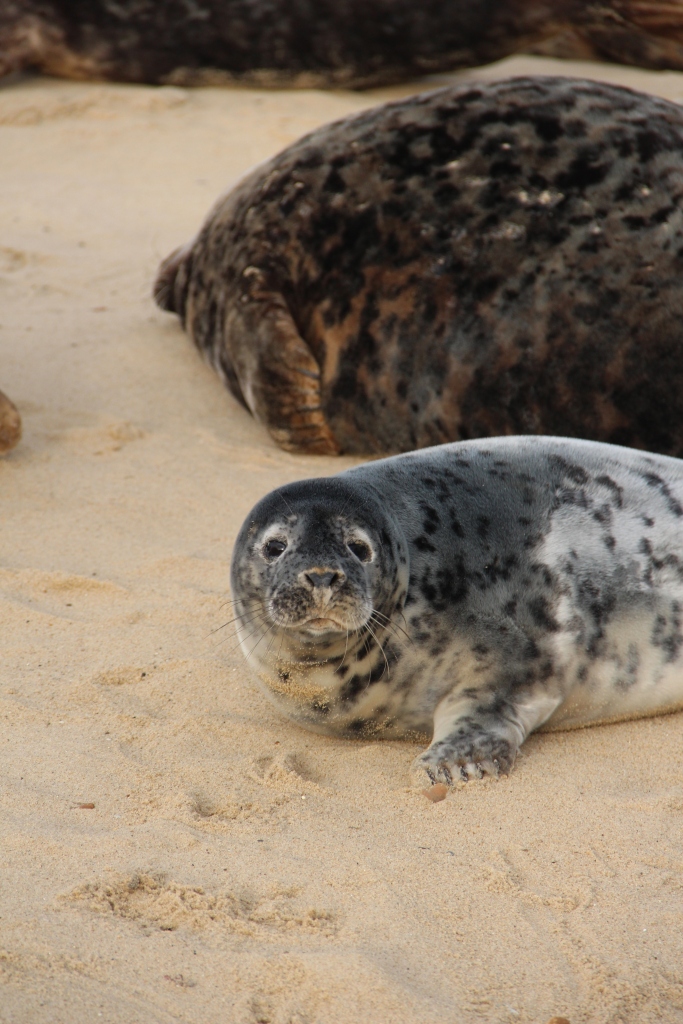 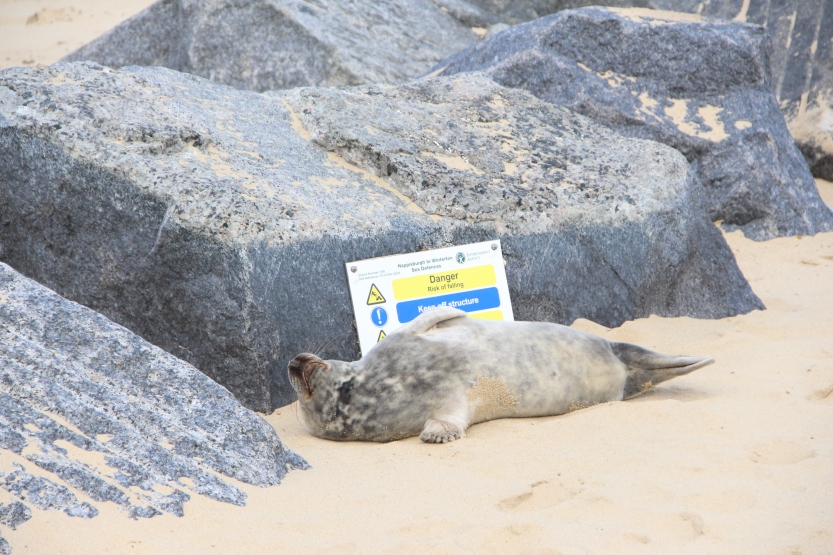 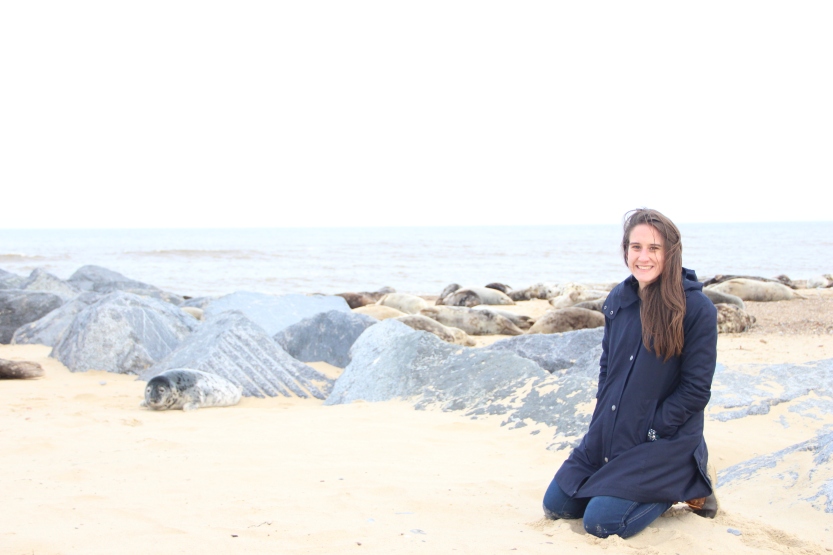 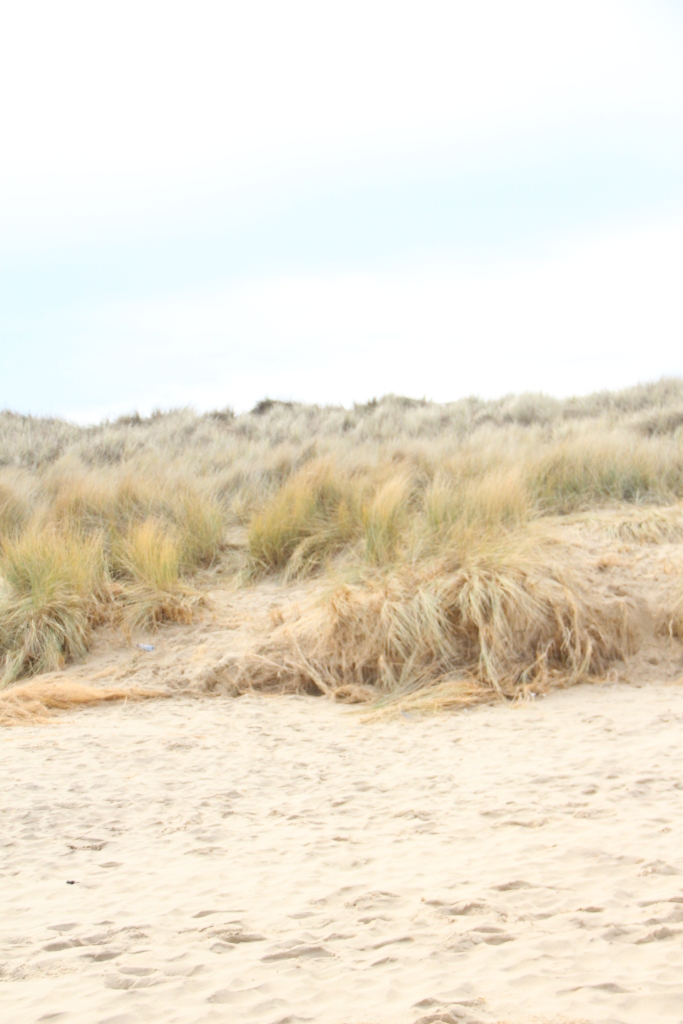 Seals!!! This was one of the happiest, greatest, best moments of my entire life – there really isn’t any other way to put it. I’ve loved seals ever since I was a little kid and my parents would take me to see the seals out front at the Woods Hole aquarium. So naturally, once I discovered that there is a beach in England overflowing with seals, visiting this beach became a priority.

Horsey Gap is almost exactly two hours from Cambridge via car. And it is FULL of seals!!! Every year, between the months of October and February, the seals return to the sand to give birth. Which means, not only is the beach full of seals, but also specifically, it’s full of BABY seals. And you – yes you! – can walk on the beach with these seals. Frolic with the seals. Be one with the seals. Seals, you, & Mother Nature in a blissful collision on a beach in the depths of an English winter. It’s spiritual. At least for those of us who loves seals.

In case you were wondering, we did this trip in one afternoon, started late morning, visited and befriended the seals, stopped for afternoon tea, made it home for dinner. It was a whirlwind day with lots of driving, but I would do it again instantly. This adventure, to put it simply, was awesome.