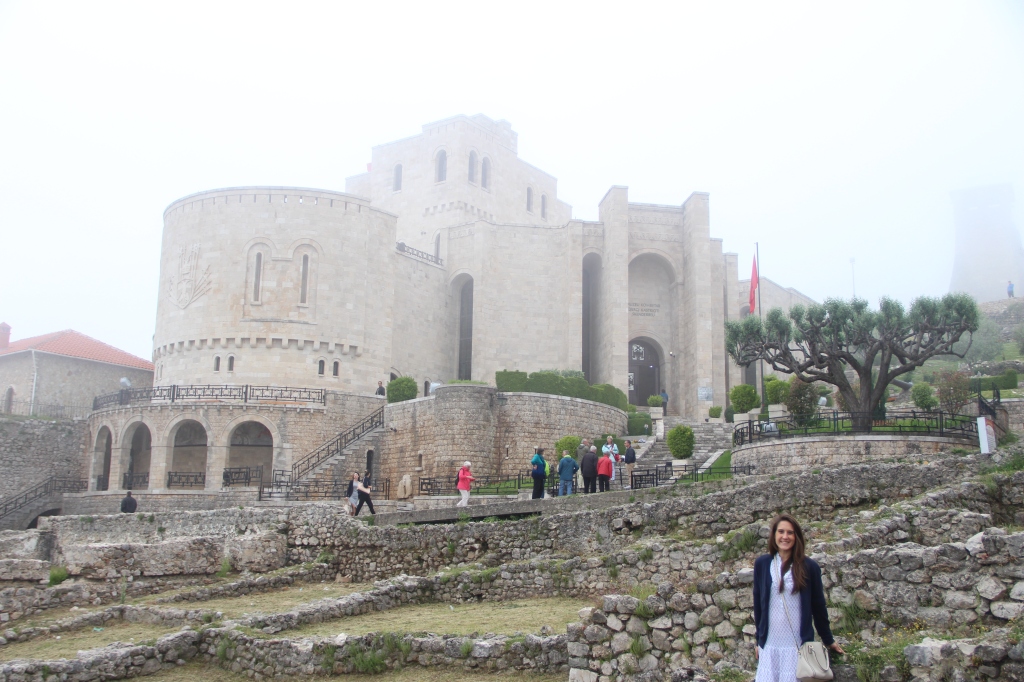 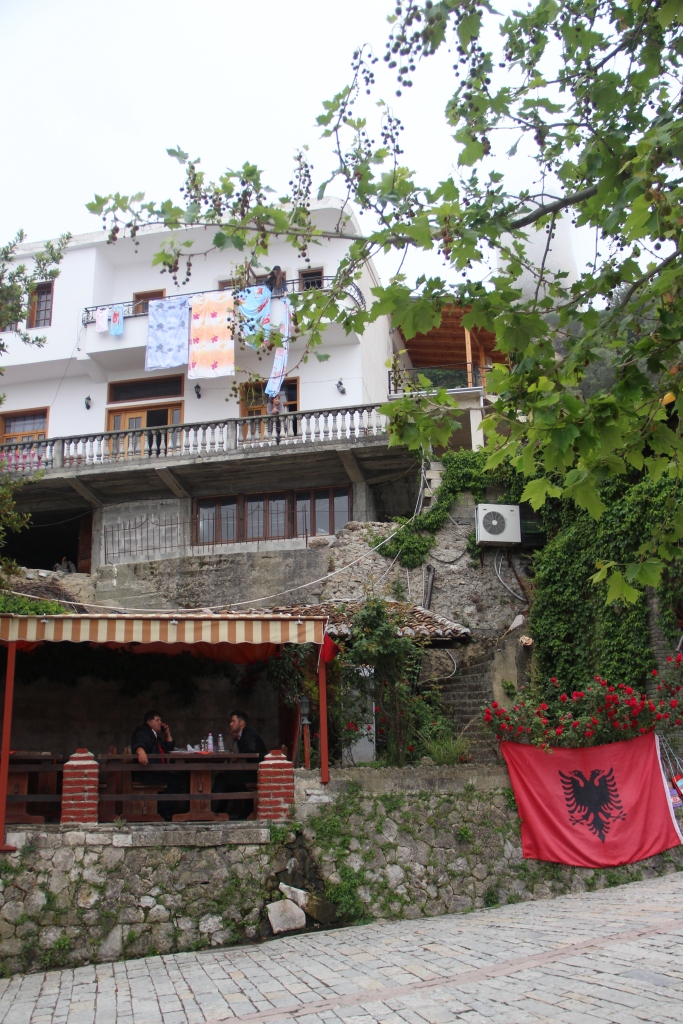 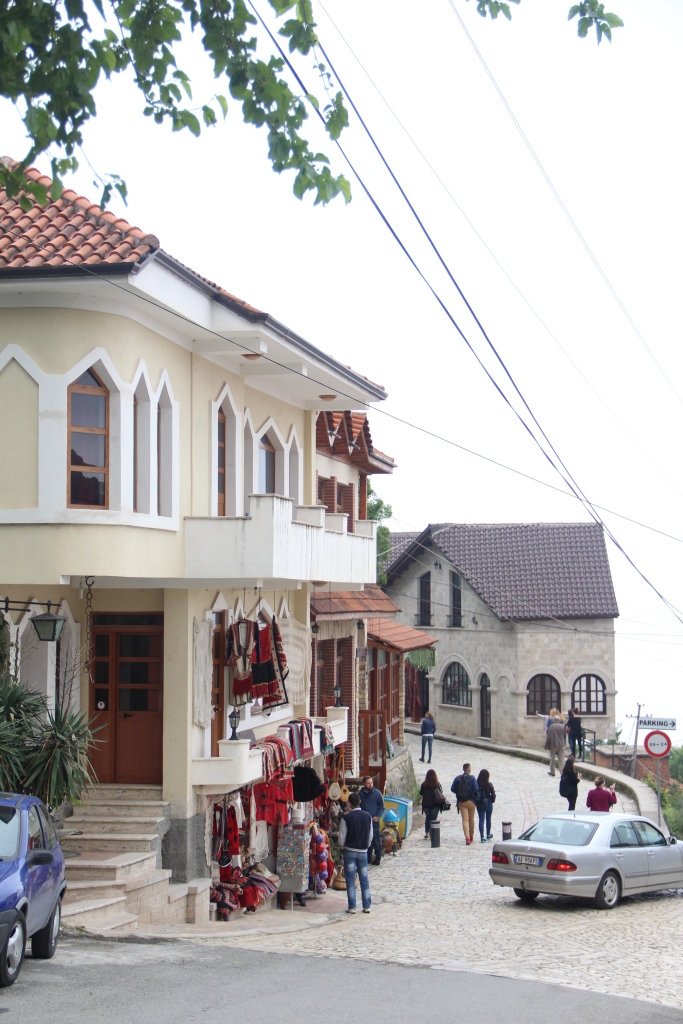 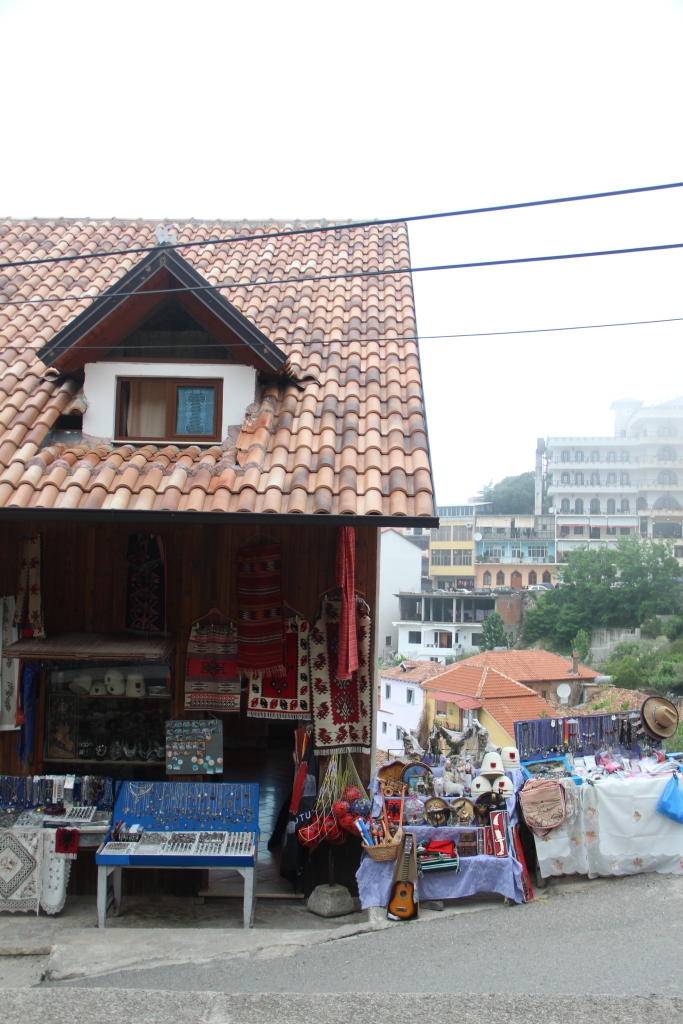 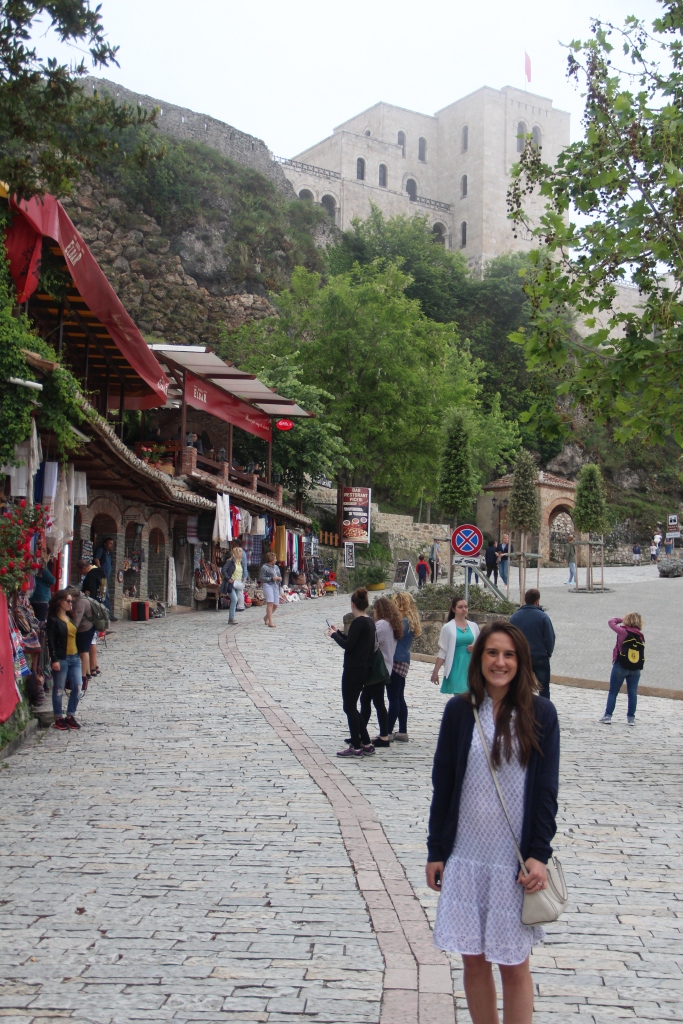 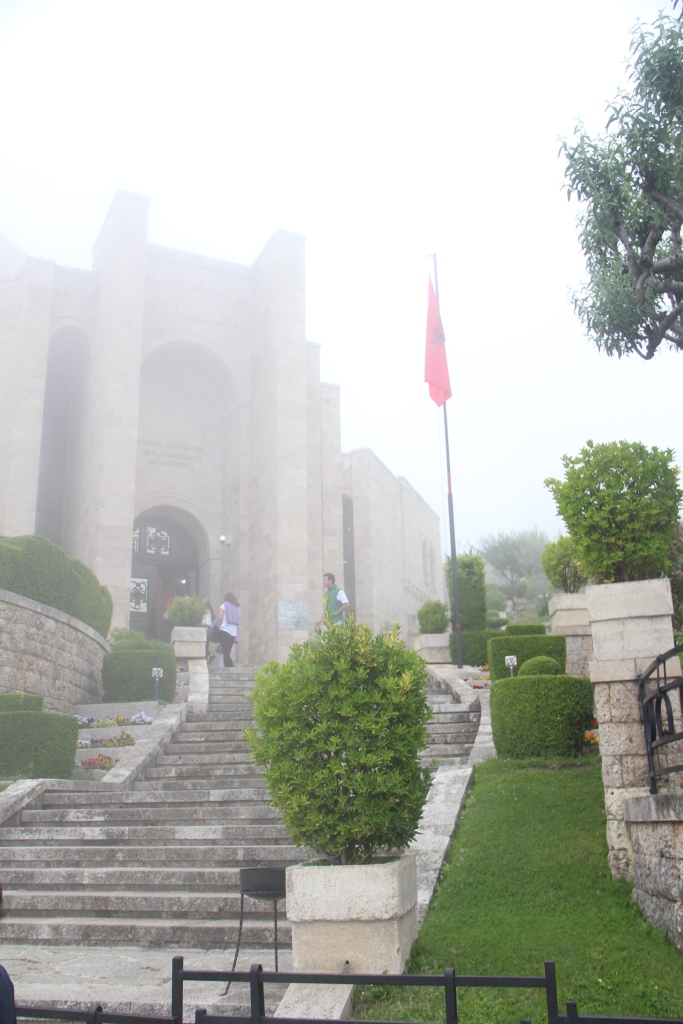 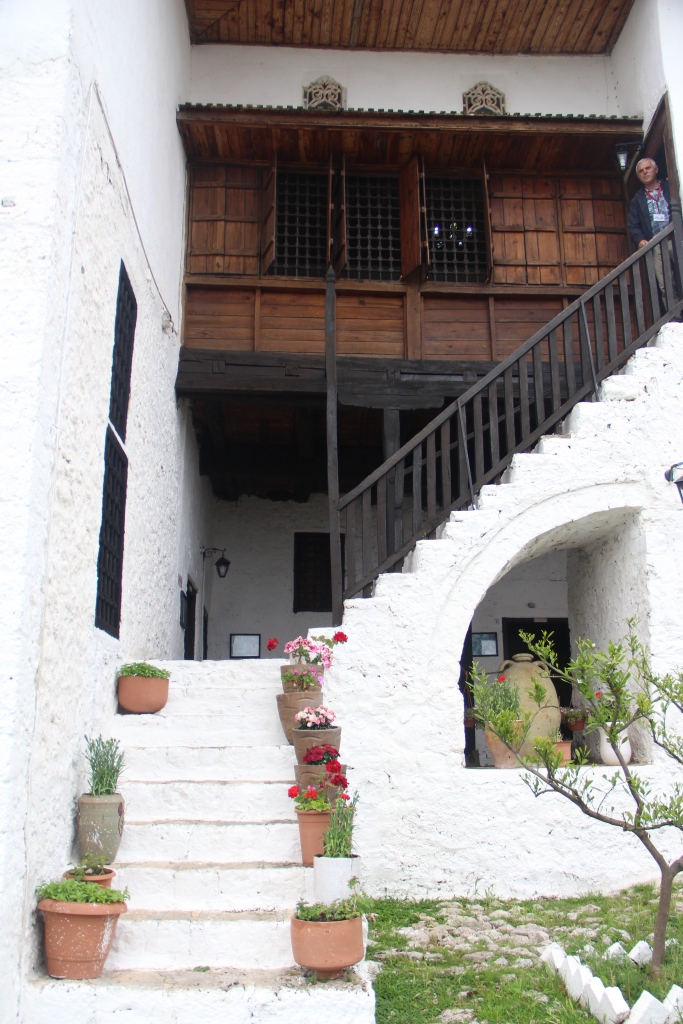 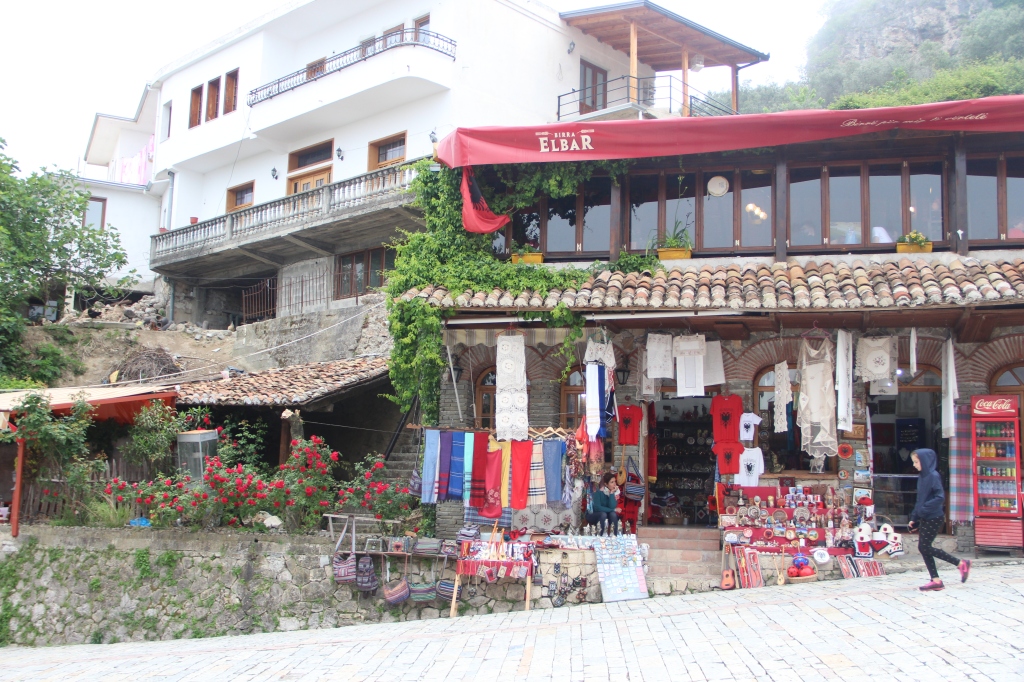 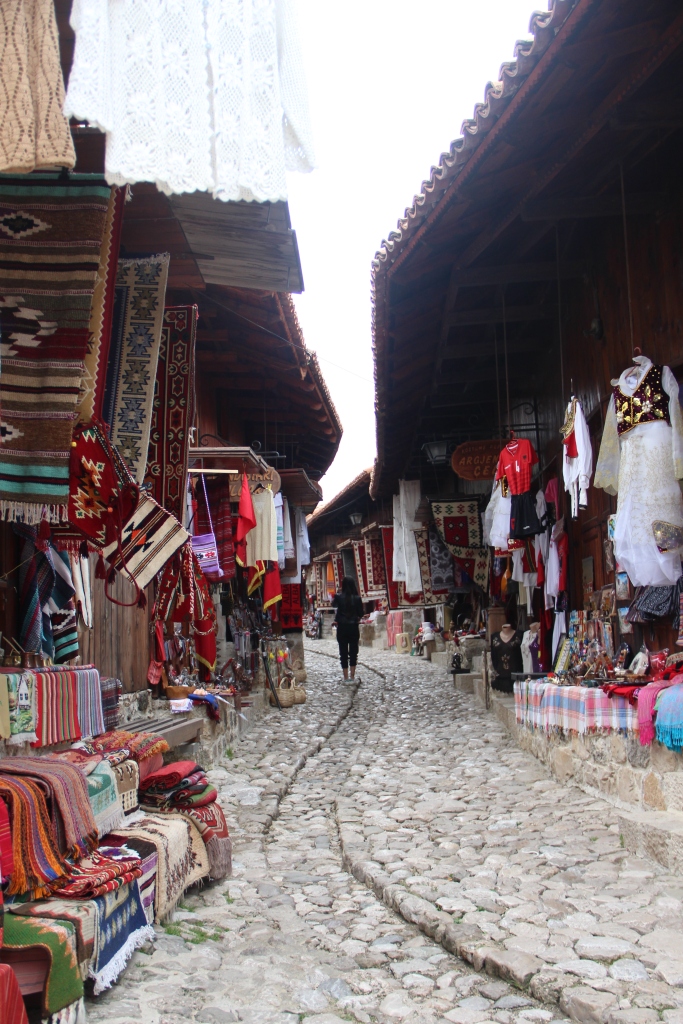 Albania, we made it. Five days driving from the city, down the coast, through the countryside, between the mountains, all the way south. Meandering roads, animals everywhere, and so many friendly faces. We spent the first part of our first day, here, at Kruja Castle.

Direct from my travel journal:
—
“I woke up this morning, half-asleep and mixing up the book I read on the airplane with reality. It was 6:30 am – we flew into Tirana around 11:30 pm local time the night before from London Gatwick and checked into the Best Western across the street just after midnight. It was definitely the nicest hotel we’ll stay in this trip. That was last night. Today, we were out the door by 10:45 am to pick up our rental car at the airport and then on the road to Kruja Castle by 11:30 am. The roads were so windy and intense. The town, so interesting. Multi-storied, colored buildings spread between green fields. Men, dressed so nicely, walking along the highway (blazers and collars). Goats, everywhere, including this very sad scene: a store with dead, skinned goats hanging in the window by their feet with three living goats tied in front. Driving in Krujë town, we kept taking the wrong turns; the directions we had were so confusing, and the roads were so narrow. But we made it just after noon and paid 200 lek (about $2) to park in a lot for a day to an attendant with the most stunning, incredible, piercing blue blue blue eyes I think I’ll ever see anywhere in the world.

After parking, we walked down a cobbled path, past the bazaar, to the castle. There were roosters! And so many cute store fronts. We entered through the castle walls, and the fog was SO intense. Maybe the densest fog I’ve ever seen. It’s supposed to be one of the best views in Albania, but we could barely see. But it was good; the lack of view pushed us into the museums, which we never planned to enter and loved. First, an Albanian history museum, where we learned about Skanderbeg and the military history of the country. Then, the ethnographic museum, where we saw traditional items in a traditional home. By the time we exited, the fog had lifted, and we went back outside the castle walls to have a traditional lunch at a restaurant above the bazaar. I forget the local names for the dishes, but I had a tomato/eggplant/goat cheese dish with a spinach byrek and a house white wine – so delicious.

We had planned to go to Tirana in the afternoon, but we loved Krujë so much that it was already 3:00 pm when we were paying our bill, so we decided to skip it and stay a little longer to explore before driving to Duress – that meant, to the bazaar. There were so many local crafts and antique stalls, especially selling carpets and lace, mostly shades of red and black. It was hard to properly look without pushy shopkeepers interfering to make a sale, but we finally made it into one store and found the most beautiful copper. The owner there was so nice; she showed us how they literally melded and created the pieces right downstairs and even gave shots of cognac. We bought a copper vase that reminds me of Aladdin’s lamp, a small tray in the style of the ones we watched them create downstairs, and a bottle of the local brandy that we read we should try.  And then, just like that, it was 4:00 pm; our morning excursion evolved to an all-day affair. We left to drive to Durres.”

Posts from this trip: