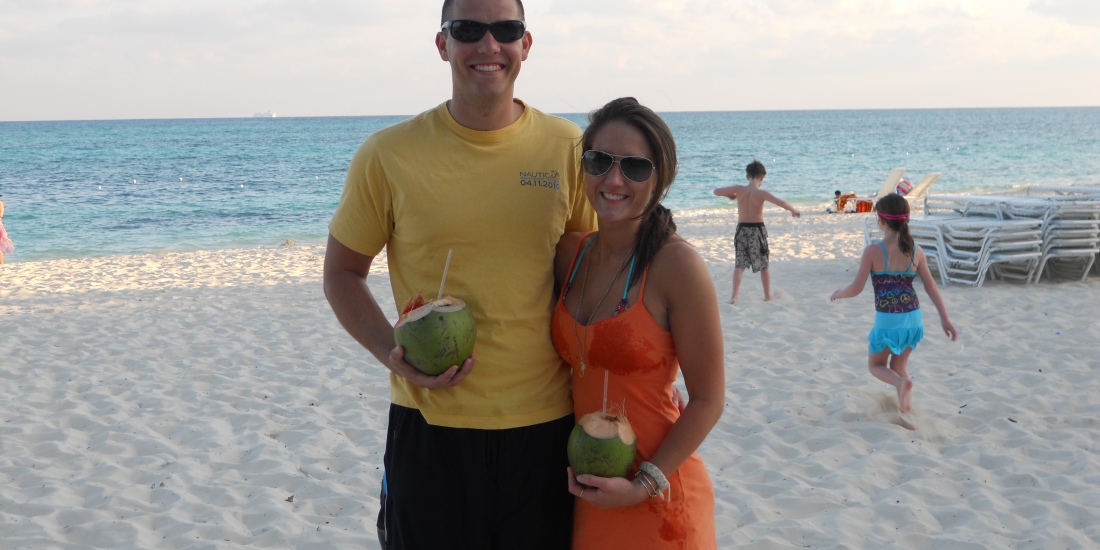 Sitting here (bored) in my apartment, while the rest of the world studies for finals, wishing I was back at Port Lucaya on Grand Bahama. If only. Some highlights:

So we didn’t actually stay at the Our Lucaya Resort, but that didn’t stop us from pretty much spending every day there. Coconut drinks, hot tubs, cool old guys playing the guitar and singing in the hot tub… No complaints

When we didn’t feel like going out, we got amazing Greek yogurt from this Greek restaurant in the Lucaya Marketplace and found this cute little pier to eat it on! The Bacardi Sailfish tournament had happened earlier in the day, so it was a really chill atmosphere- boats tied up, small groups of people hanging out. The lights were amazing too =).

Lying on the beach is fun, but we got bored of that after a while and wanted to explore. So we rented a scooter and ‘scooted’ about 26 miles across the island to Lucaya National Park, where we hiked and explored some really cool caves.

Part of the hike also went through some awesome mangroves. And of course, led the way to the best part…

Golden Rock Beach!!! The locals told us that it was the most beautiful beach on the island, and they were right. Apparently, parts of Pirates of the Caribbean were filmed here too. I can’t even describe how amazing it was- isolated, soft sand, perfectly blue. Absolutely worth the scoot/hike!

My FAVORITE bar ever!!! I’ve never had (nor never will have) a Miami Vice as amazing as the ones I had here. Fascinating fact: we met a group of other kids from Massachusetts that we were loosely connected to here. Such a small world.

We  ate here during the day, hung out here at night. Prop Club:  big fan!

I wish I had pictures of the casino too. I’m not a crazy gambler, but we had a couple free $10 credits from the hotel that we used to win a ton. 22 black!

Considering I booked the flights for this trip only 16 hours before take off, this trip was INCREDIBLE! True, Lucaya is a little over-touristy, but it was still a great time. I need to go back.