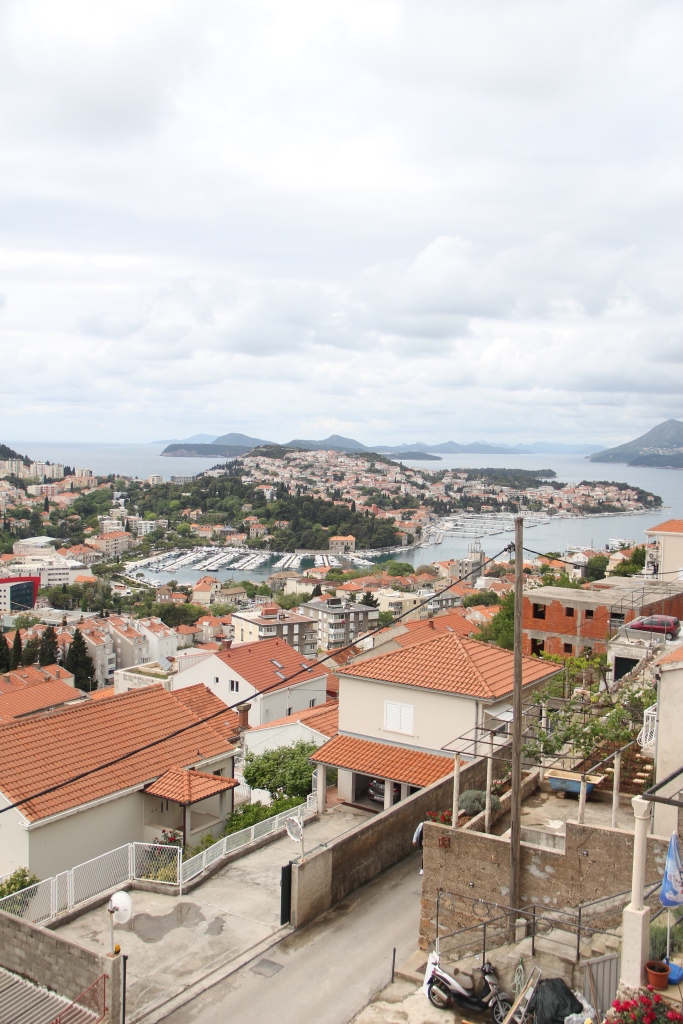 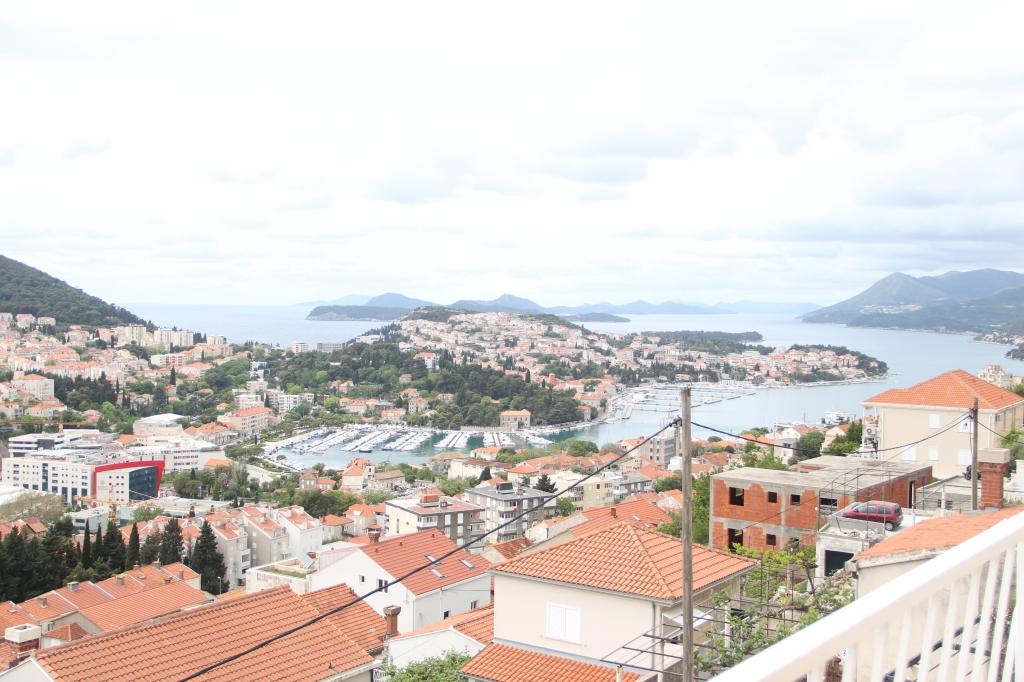 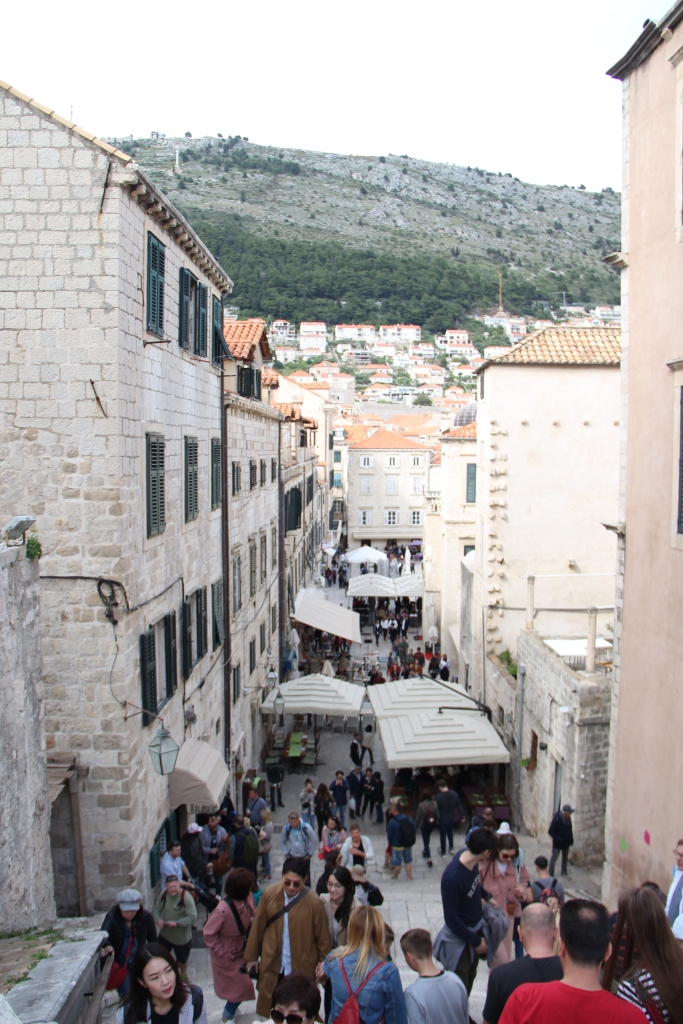 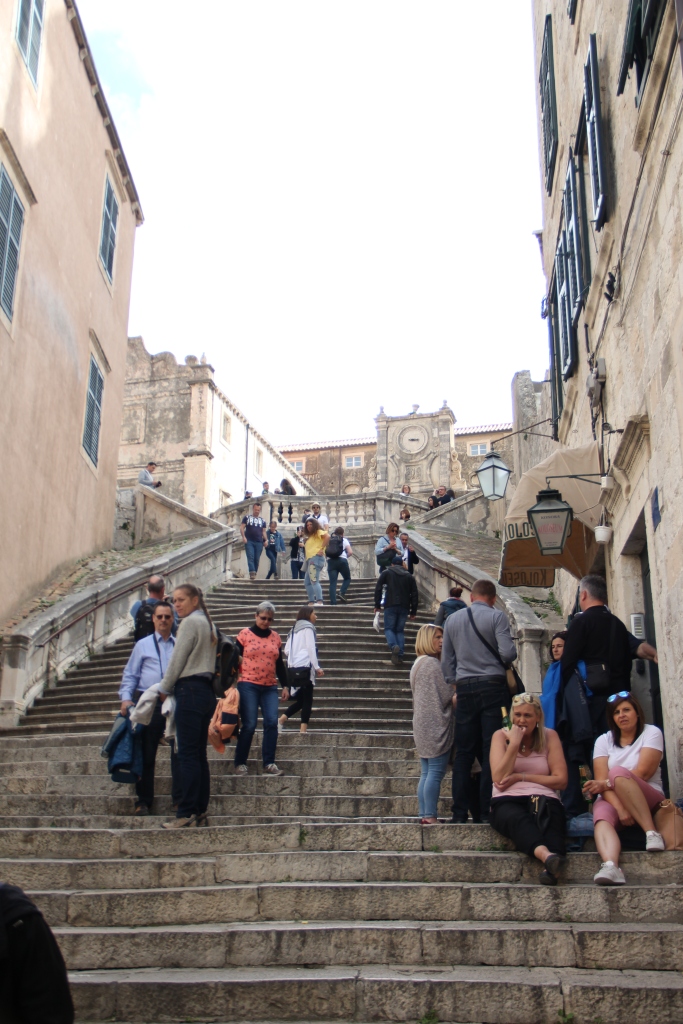 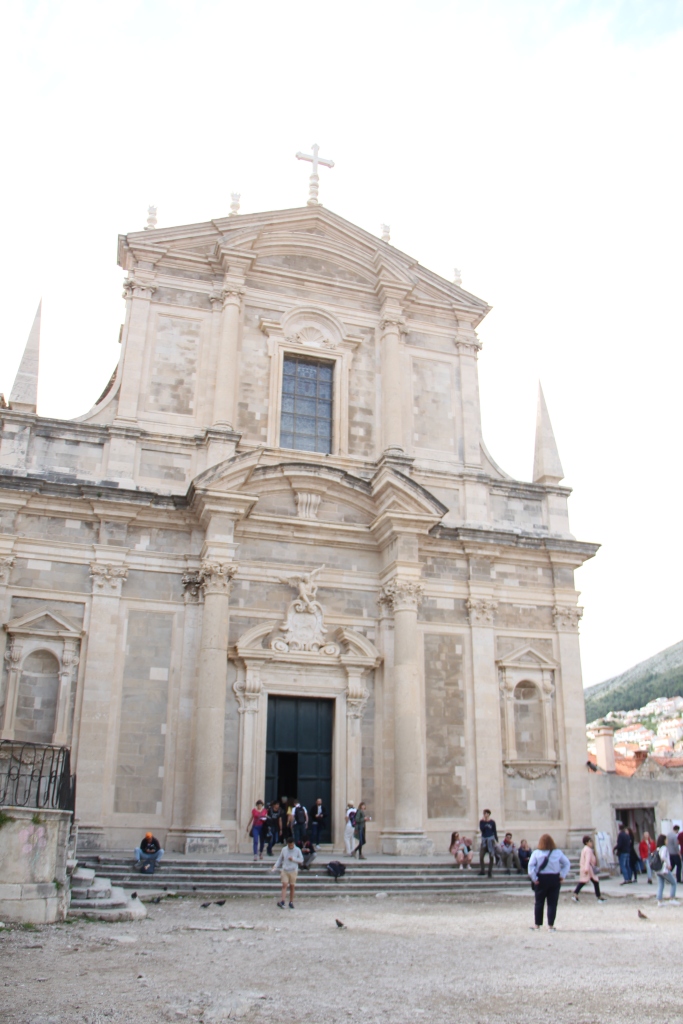 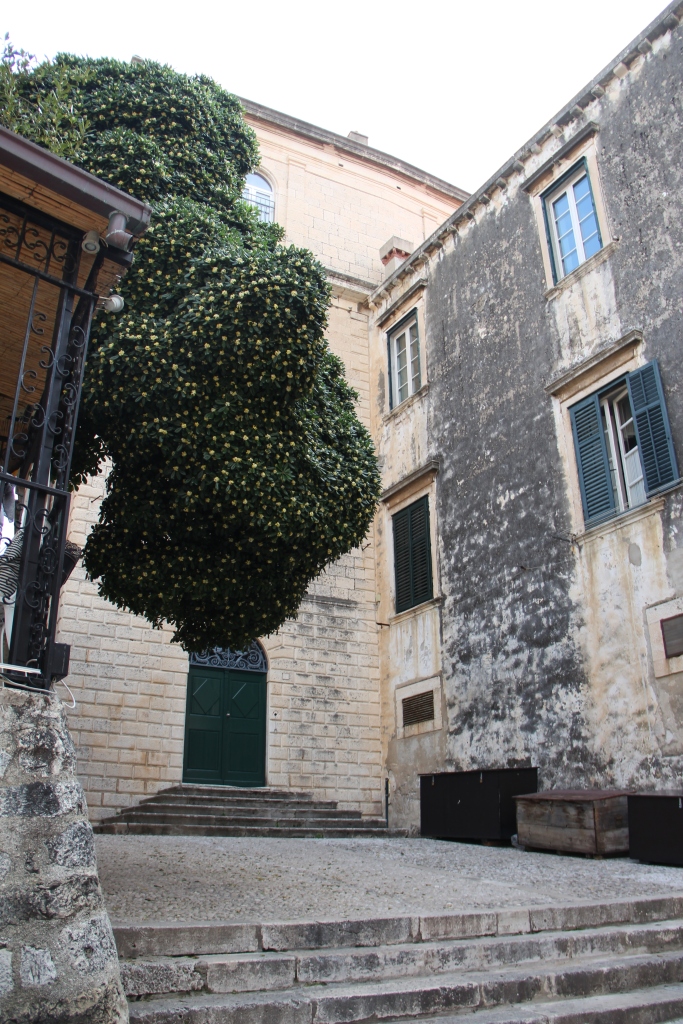 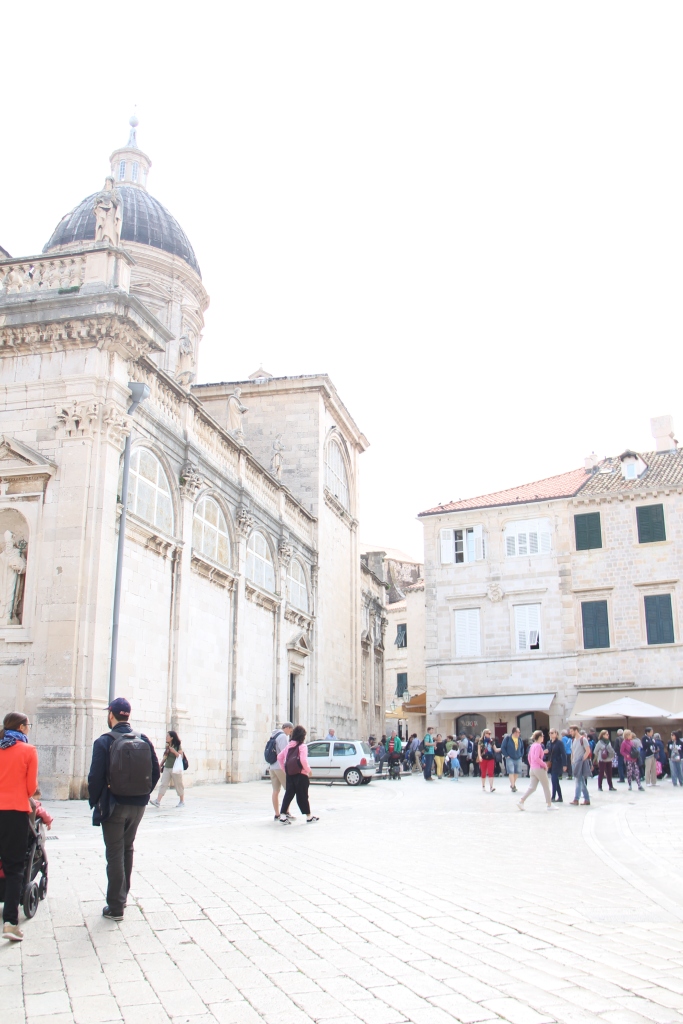 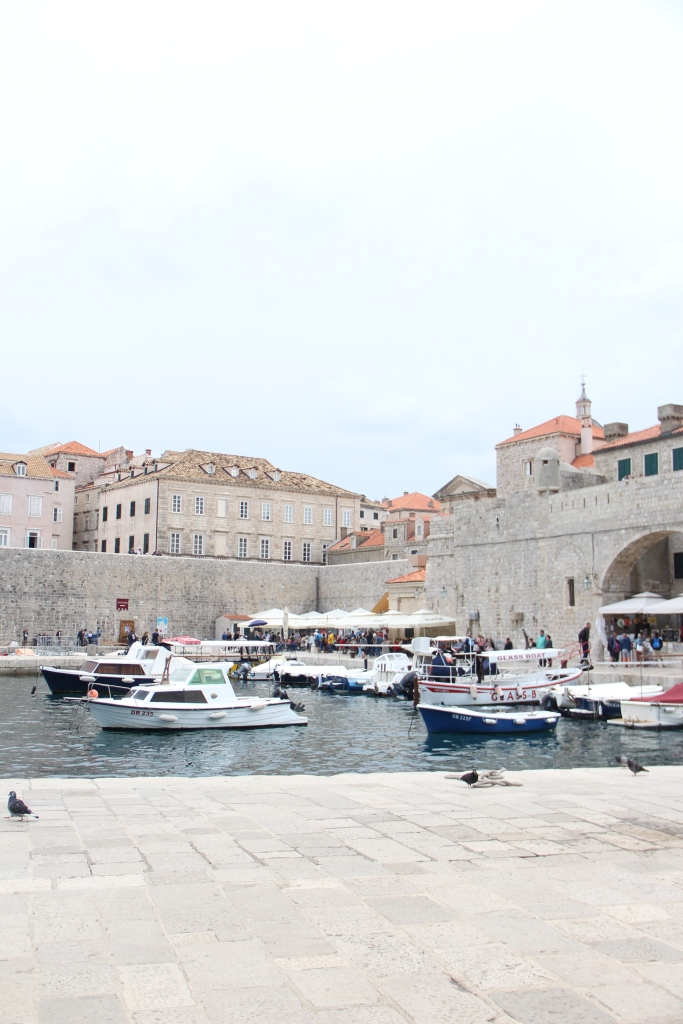 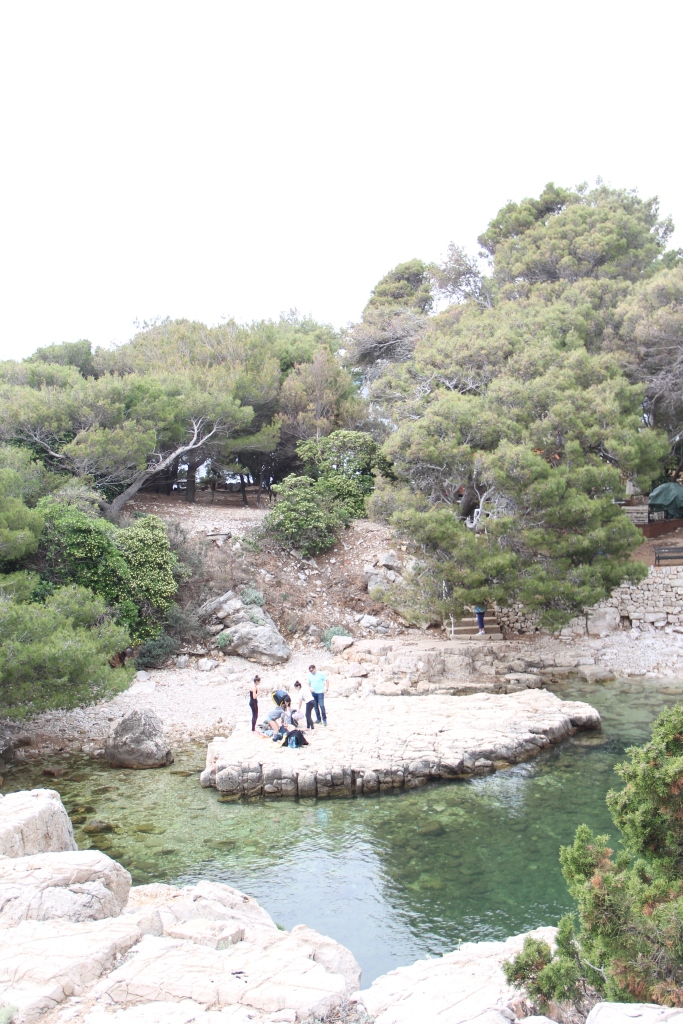 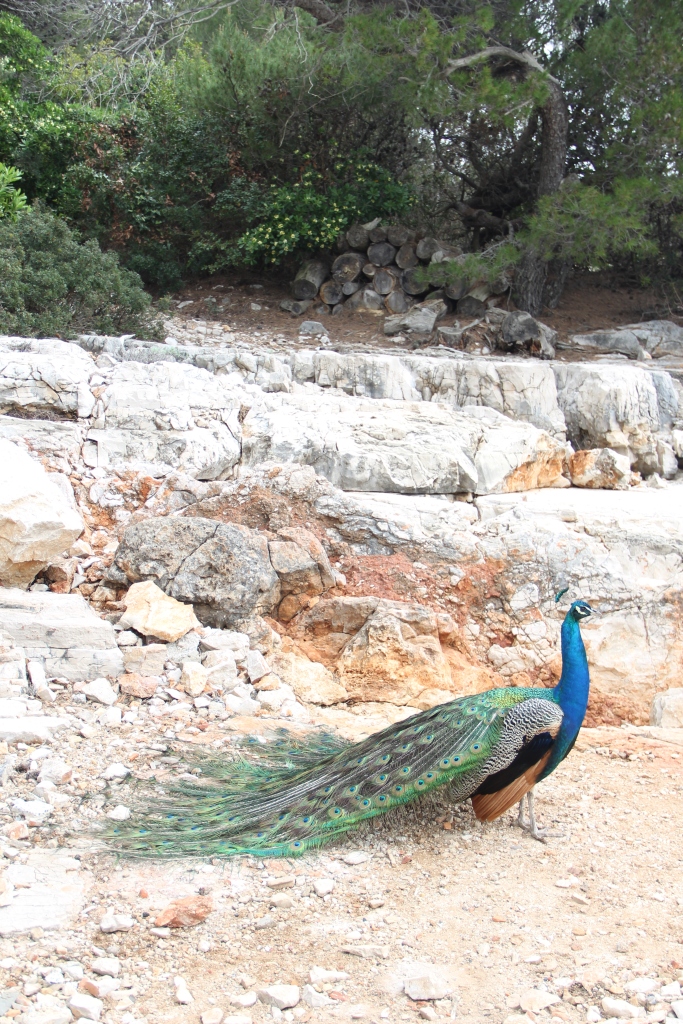 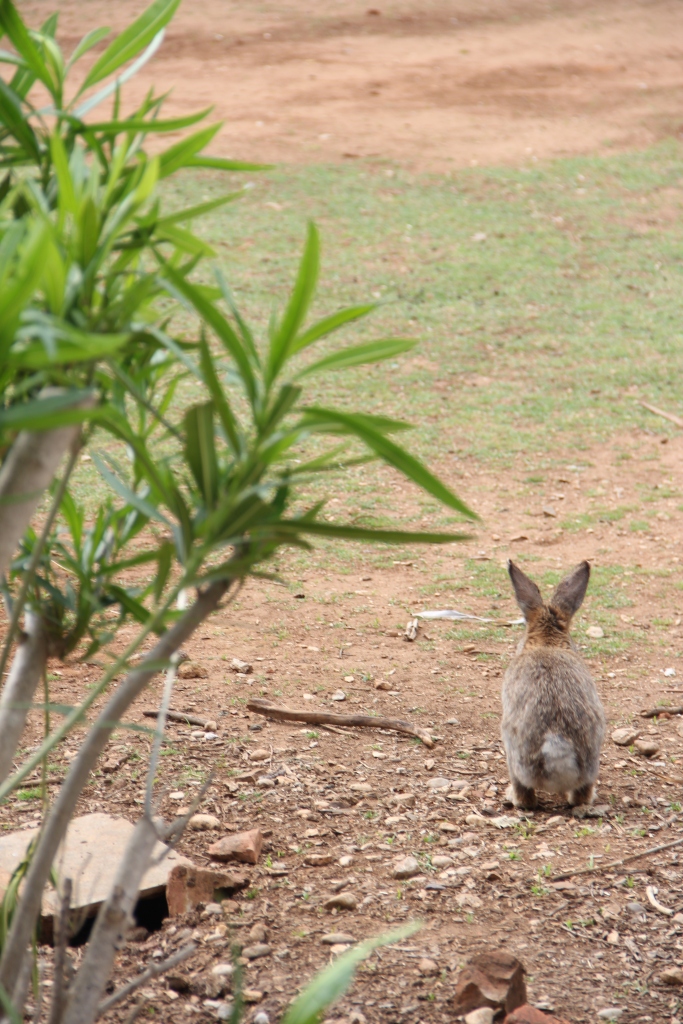 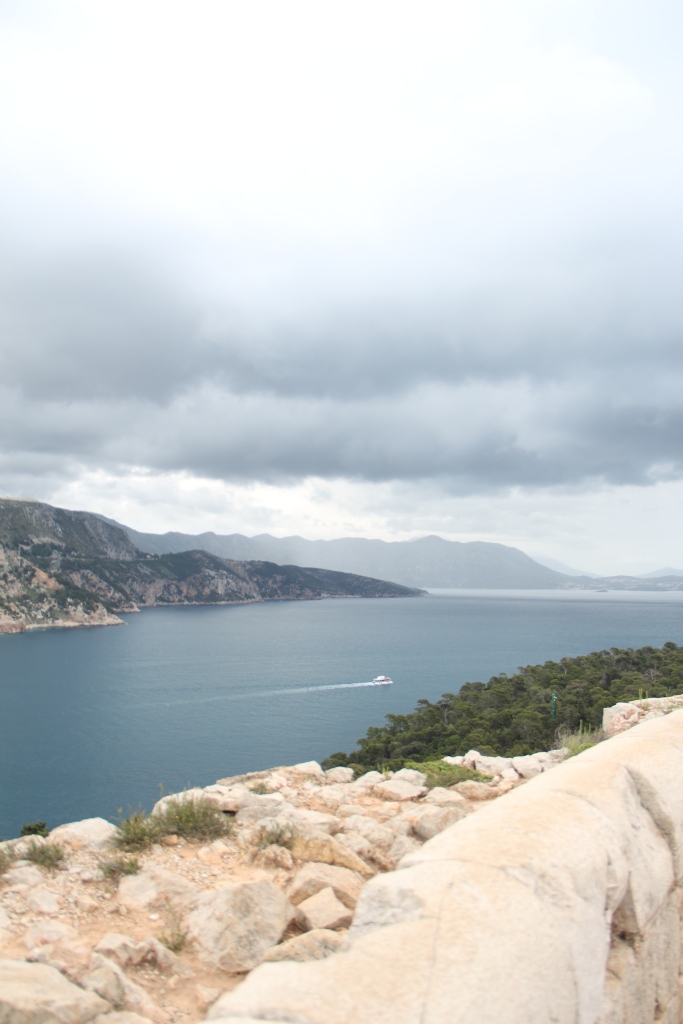 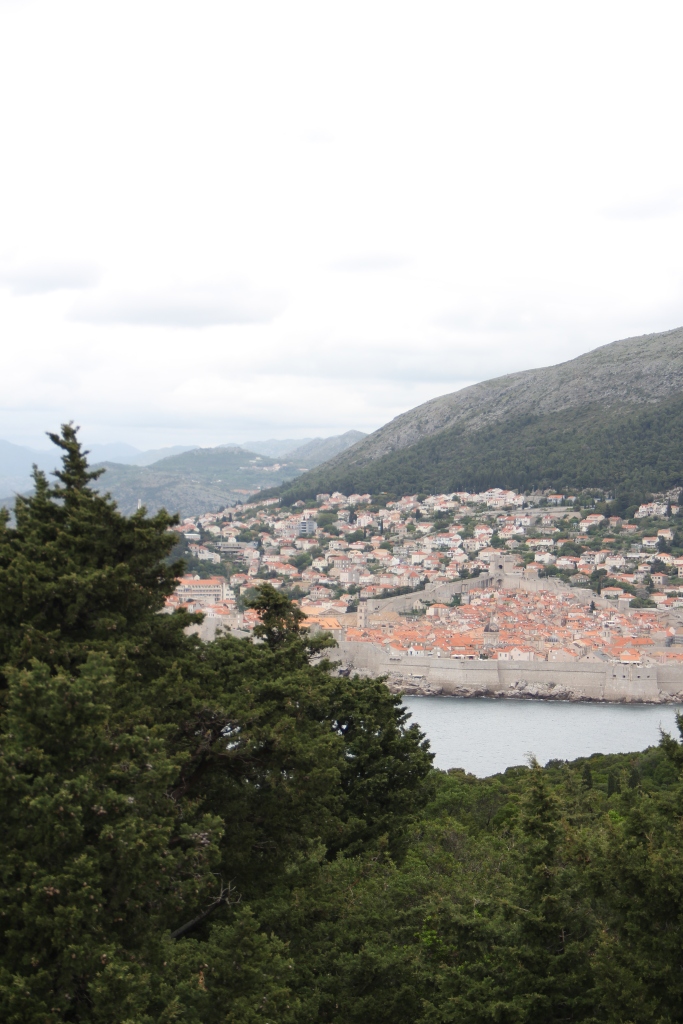 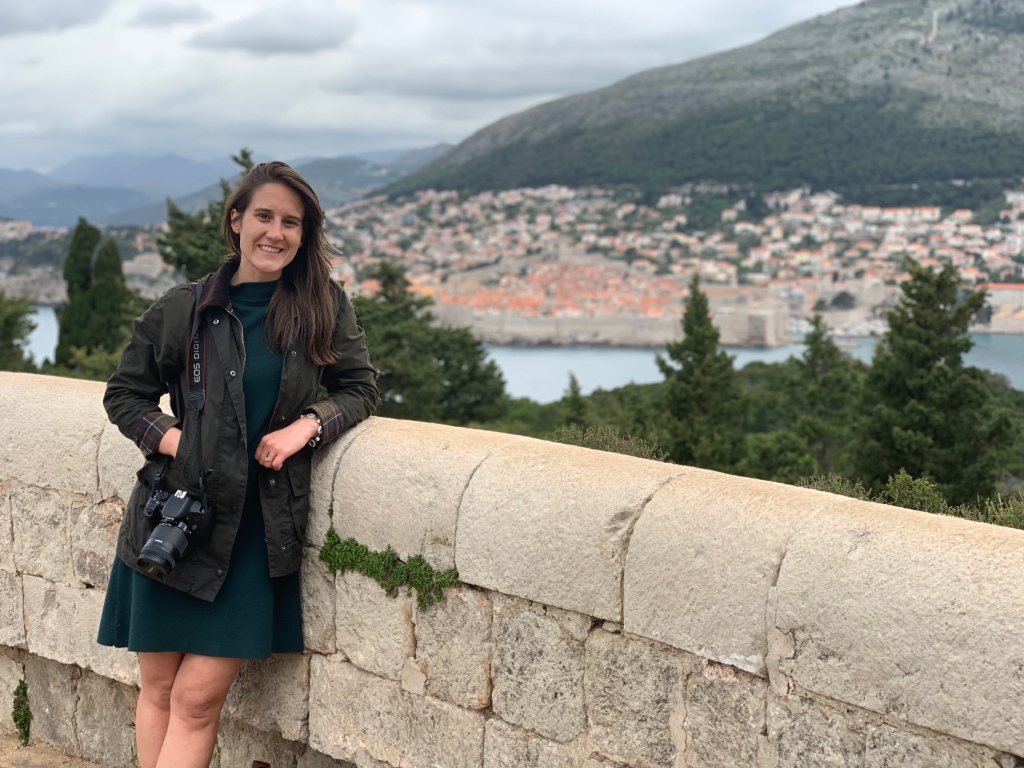 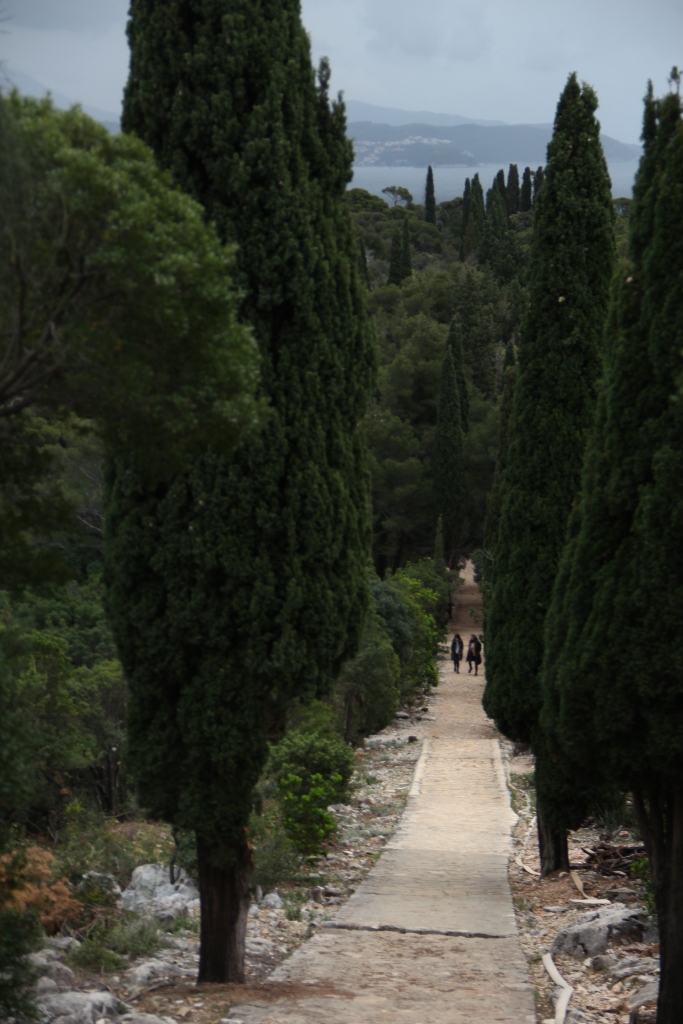 White, walled city. Orange roofs, overflows of people. Cobblestone streets and cruise ship crowds. No space. No room to wander. Too many people, until the rain drives most away. Empty, silent, grand. A glimpse of what it once was.

To be honest, the crowds in Dubrovnik were a bit overwhelming, especially when compared to my nearly empty island home from one day earlier. I knew it would be busy here, although I did think travelling during the shoulder season might mitigate the busyness, at least a little. It did not. It must be chaos here in the summer.

The drive to Dubrovnik from Korčula took us back through the wine and oyster country of Ston and lasted just under two hours. My immediate impression of the city: crowded. At the old town gates where the taxi dropped us off, swarms of people gathered to take photos and queue for ice cream. Some joined even larger tours. Everything was grand. White stone, large empty streets, towering – but full of people, making it practically impossible to pause to appreciate it. We were hungry from the drive, so immediately sought out a place for a late lunch. Up the steps, off of the main street; it was slightly less busy up here. Our server was young and told us that she hoped to travel someday too.

After lunch, we passed by the stairs where the filming of the Cersei walk of shame scene in Game of Thrones took place. We didn’t wander far; there was a 4:00 pm ferry to the island of Lokrum – the last one of the day – that we wanted to catch. Lokrum is a small island, a national park and nature reserve, just off the shore from mainland Dubrovnik. We were pleasantly surprised to find it much less full of people than the mainland. Instead, it was full of peacocks! And rabbits! And though it was a bit grey and chilly, we explored. Rocky cliffs. A “Dead Sea” pool. To the “visitor center,” a nearly empty building at the island’s center that house Game of Thrones’ Iron Throne. Shockingly, there was no queue, only a few other people. We sat on the throne, checked out some unfinished exhibits, then continued on to the fort at the top of the main hill. The views of Old Town from here were stunning – orange roofs, the giant wall. So compact, small from this distance. We had this all to ourselves too.

Boats came and went, clouds rolled over the sea; as we descended, it finally started to rain. The return ferry would carry us back to the mainland at 6:00 pm. Until then, for about thirty minutes, we sat at a cafe under an umbrella with coffee and tea to be warm.

When we did make it back to Dubrovnik, the rain was intense. Wandering, especially without an umbrella, would have been miserable, so we decided to walk directly to the bar where we had 7:30 pm reservations to watch Game of Thrones (it was the only bar in town showing the new episode). We did stop for a gelato on the main street, though, and it was delicious even as the rain fell cold outside. The city, emptied of cruise ship passengers and now full of water, seemed quieter, more awe-inducing.

The bar, when we arrived, was nearly full. If we hadn’t made reservations, there wouldn’t have been space for us. Small and cozy. The TV news was there to film the event, and people kept entering, asking to join, only to be turned away; some decided to sit outside under the awning as close as possible to the outdoor television even though, at this point, it was pouring. It was an absolutely incredible episode (Season 8, Episode 3).

It was late and still raining heavily when the show ended, but fortunately we found a place that was open just outside of the city walls that was serving dinner. We had a light meal, then, a short taxi home. Ou driver told us of his time working as a security guard on the Game of Thrones set when it was filmed in Dubrovnik.

And, then, we were back at our little house on the hillside, overlooking the now-lit-up city and waterfront, below.

I ventured west on an exploratory run around the Babin Kuk area and found myself wonderfully lost. A bad work-out, but a great adventure, along the water, past rainbow fishing boats, through a park. At some point, I realized I had been running for a long time and was very far away. So when a bus appeared in an otherwise totally empty area, I climbed on, bought a ticket, disembarked when I recognized the surrounding streets, and walked up the hill home. When I returned, we decided, quite spontaneously, to drive to Montenegro… (TBC).

Via: Drove just under 2 hours in our rental car from Orebić. This included taking a short autoferry from Korčula to Orebić. We picked up our car at the airport in Zadar, Croatia, when we first arrived in the country.

Did: Island of Lokrum